How to ignore when your laptop lid closed on Ubuntu

Ubuntu is a best operating system for development ever. Still, there are some problems, of course.
If you have been using ubuntu on your laptop machine, if you close the lid, a lots of ongoing process will be closed as well. For example, If you’re on the machine through SSH, the SSH connections will be terminated immediately after closing the lid. It’s not good, Isn’t it?

As a default setting, It’s a suspend as the action of closing lid. To change this setting, you need to follow following steps.

Fist, open the setting files on a text editor as elevated user. 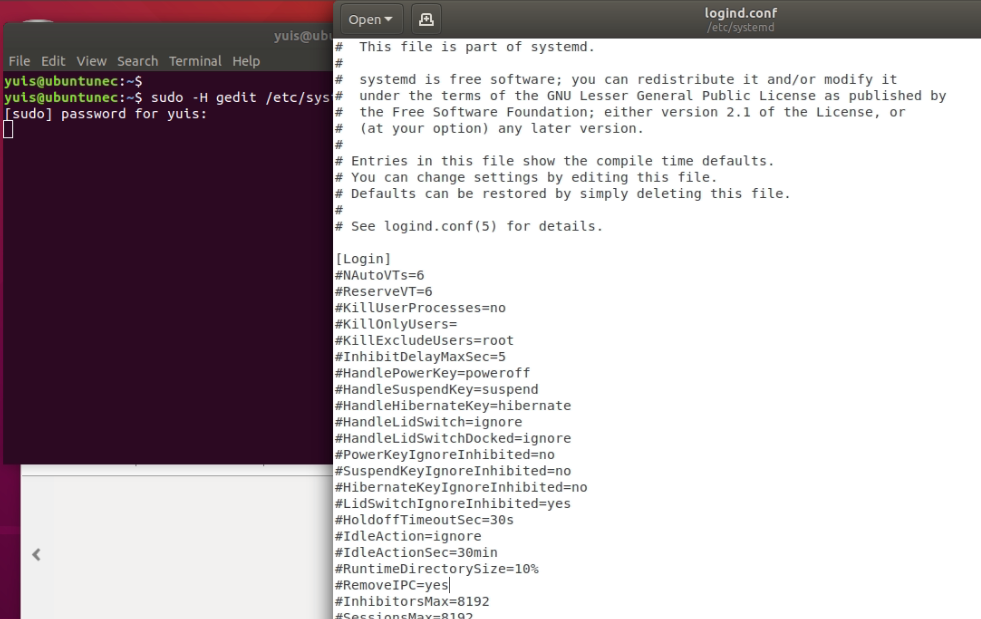 In the former file, change the line as following one.

In the latter file, change the line as following one.

To apply those changes, you need to restart the system.

If you’re using some certain software such as Anydesk, it’s likely it won’t be ablt to use the software correctly but kind of buggy, In that case, It’s good idea to reboot your machine once.

Above instruction is compliant with Ubuntu 18.04. So If you have problem while following the steps, I recommend to take a look following references.

power management – How can I tell Ubuntu to do nothing when I close my laptop lid? – Ask Ubuntu